But since you asked…

Let me start by saying this column is strictly apolitical. Neither LoanGuide.com or FinancialHelpDesk.com endorse or oppose any candidate. The author’s preferences are personal and private and do not influence his opinion about how different administrations might impact interest rates. 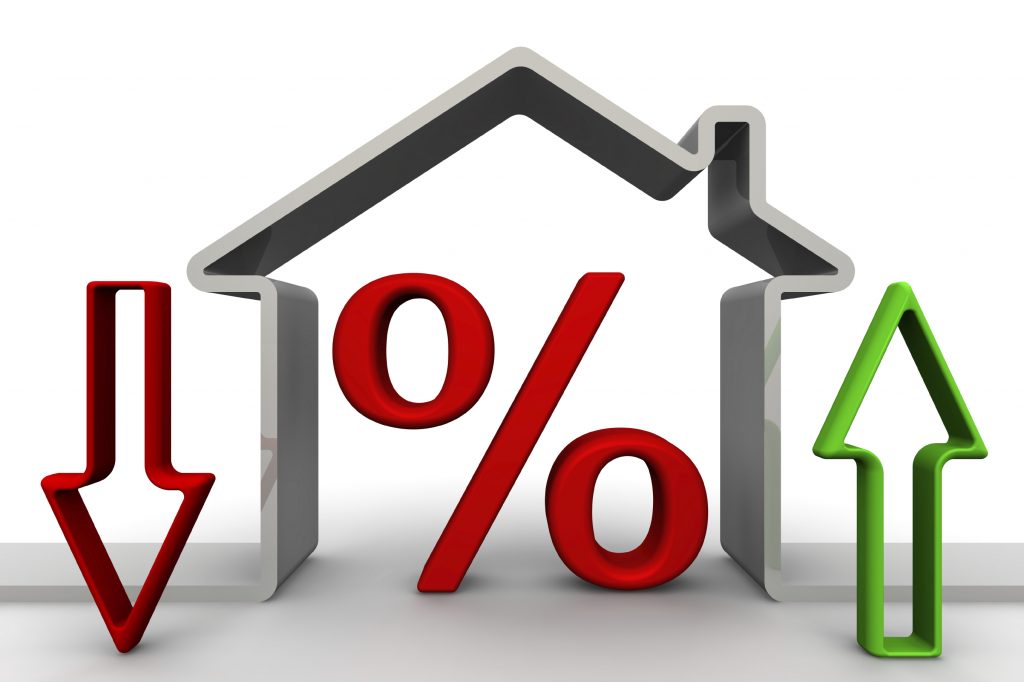 On to the question

We first have to ask whether the question is about short-term rates or long-term rates. Short-term rates generally refer to interest charged on credit cards, car loans, equity lines (including Home Equity Lines of Credit, or HELOCs) and personal loans. These loans are made by banks or lenders who lend you money they control, then keep and service the loan. You make your payments to them, and if you don’t make the payments, they call you. What they charge you, therefore, is determined by what the money costs them.

Long-term loans, on the other hand, are larger loans that are made for longer periods of time. Think mortgages. These loans are made by organizations (banks, credit unions and mortgage companies) from borrowed funds, and then sold off to investors who re-package the loans into securities to generate new funds to make more loans. Your original lender may retain the servicing (you make the payments to them) or sell the rights to the servicing to another servicing company. (Companies make money collecting your money and sending it on to the investor.)

How the Federal Reserve comes in

Short-term rates generally follow the cost of funds to the institution making them, plus a profit margin. For most lenders, the cost is most directly influenced by short-term interest rates set by the Federal Reserve. The Federal Reserve (Feds for short) set an overnight, or discount rate as the interest rate they charge banks for very short-term loans to meet liquidity requirements. (Banks are not allowed to be broke.) That interest rate as of this writing is 1.000%.

The Federal Reserve also sets the target rate that banks charge each other for short-term borrowing. If a bank is short on cash and needs to borrow money to fund loans the next day, this is the interest rate they pay, and this is a close representation of their cost of funds.

The cost of funds to banks is also influenced by what they have to pay you to borrow your money via checking and savings accounts and C.D.s. Those rates tend to track the other cost of funds, so…once again the Federal Reserve influences (but doesn’t set) the interest rate you earn on your accounts too.

How the Federal Reserve makes decisions

The Federal Reserve has two objectives: to keep inflation low and to keep employment high. These two goals conflict with each other. If employment gets too high then employers have to compete for employees. That drives up salaries, which is inflationary. If folks make more money they compete for more goods in the marketplace, driving those prices up too. This positive feedback loop created inflation in the 12% or higher range in the early 80s and mortgage interest rates of 18% or more. Yikes.

To fight inflation, then, the Federal Reserve tightens the money supply by raising the discount rate, thus making it more expensive for consumers to buy goods and services on credit, and for businesses to expand and hire. Raising short-term rates, therefore, should slow down the economy and reduce inflation.

If the economy slows down too much, the Federal Reserve loosens the money supply by reducing short-term interest rates, thus making it less expensive for consumers to buy things on credit and for businesses to borrow money to expand.

The point is, the Federal Reserve does not serve either party or Congress. Its job is to keep the economy growing at a fast enough pace to keep employment high, but at a slow enough pace to keep inflation low, and politics has little to do with that.

How long-term rates are set

Long-term rates, by contrast, are set by market forces, so we have to understand the source of this money. Large institutional lenders (think pension funds, insurance companies) need to park some portion of their money in safe investments. U.S. Treasury Bonds and mortgage-backed securities are excellent for that purpose, as it turns out.

These investors decide what to pay for treasury bonds and mortgage-backed securities based on what interest rate they need to earn on “safe” investments. U.S. treasury bonds are in high demand around the world because the United States is seen as very likely to pay back the debts, and mortgages are in high demand because the U.S. real estate market is more stable and robust than most others around the world.

How the election may shape interest rates

The impact of a Trump administration on long-term rates, however, could be profound. He is likely to make substantive changes in economic policy, especially if supported by a Republican Congress. We could see large-scale changes in tax policy and regulation that could influence how international investors in particular see the stability of the U.S. economy and housing markets.

A Johnson administration is not likely to have an effect on the Federal Reserve. He may try to reign the Feds in a bit, but without Congressional help – which is unlikely – there is nothing they can really do. Short-term rates are likely to remain stable.

However, if the Johnson administration is able to implement his stated policies – and that’s a long shot no matter who is in Congress – then a smaller government and shrinking national debt might make U.S. Treasury bonds look like an extremely attractive investment, which could drive long-term interest rates down. Mortgage-backed securities would probably follow Treasury bonds down, so mortgage rates could fall too. These changes would take place over a very long time.

However, to the degree that significant changes in policy appear to be destabilizing to international investors the opposite could happen. Investors might see the U.S. as less stable and therefore less safe than before, and long-term interest rates could rise.

A Stein administration would be very unlikely to be able to influence Fed policy in any way, so it should have little or no impact on short-term rates.

An expansion of social programs that would likely occur under a Stein administration (if she gets any support from Congress) could be seen as a stabilizing force in the economy, which would drive more investment in bonds and reduce long-term interest rates.

However, these changes would require massive changes in tax policy and international diplomacy, including no doubt a reduction in defense spending, which could have the opposite effect. If investors believe that as a result our economy is likely to destabilize, they could shy away from U.S. bonds and long-term interest rates would rise.

If I am elected president a Fleming administration would ensure that the skies were always sunny, there would be rainbows everywhere all the time (but rain only when you wanted it) and unicorns would frolic and play in every neighborhood and offer children free rides.

Unfortunately, at this point despite my obvious superiority as a candidate I am polling out in the low 1 range. Not 1 percent, just 1 vote. Still, the election is a month away…

The president is only one of three branches of government and can’t do much without the help of Congress and the eventual blessing of the judiciary.

The Federal Reserve operates as an apolitical steward of the economy. It influences short-term rates directly, but long-term rates only very indirectly. It does have some tools it can use, however. Even so, it does not answer to the president or to Congress.

Long-term interest rates love stability, and despite the bluster and political posturing of the candidates none of them can do enough on their own to destabilize our economy very much, so none of them are likely to have a significant impact on long-term rates.

You’ll notice, however, that I’m the only one promising rainbows and unicorns frolicking in the street. Remember that come November 8th.

Casey Fleming, Author of The Loan Guide: How to Get the Best Possible Mortgage
Available on Amazon