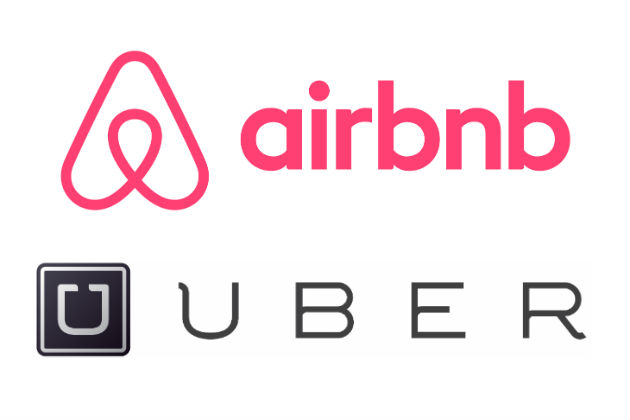 The Sharing Economy – What, Why and How?

Is the Sharing Economy the Future of Capitalism ?

Do you make enough money today?  Do you spend little enough to get by?  Traditionally we all worked our jobs, saved our money, and spent it where we chose.  Today it isn’t so easy or clean.  Many feel that they don’t make enough to make ends meet, or that certain necessities (say, rent) are far too expensive.  Enter the sharing economy.

The sharing economy is essentially a way for ordinary folks to save a little money or earn a little extra by bypassing the middlemen inherent in traditional business models.  You deal directly with your peer, and thus are able to borrow or rent assets owned by someone else, or earn money by renting your time or assets to someone else.

Think of the sharing economy as collaborative capitalism, made possible (or at least easier) by the Internet.

Giana M. Eckhardt and Fleura Bardhi, writing in the Harvard Business Review[i] argue that the “sharing economy” is a misnomer, and instead suggest the term access economy.  The article argues that when people who don’t know each other “share” their goods or services through a market mediator (a web site or smart phone app) and exchange money for the privilege it isn’t sharing at all, but renting an underutilized asset.

The argument is essentially that renting out underused assets isn’t exactly new, but perhaps that misses the point.

Why is the Sharing Economy a “Thing”?

The American economy is arguably no longer as friendly as it once was for the middle class.  Where an honest 40-hours of work each week used to enable folks to pay the bills, support a family and maybe even buy a piece of the American Dream, today’s middle class experiences a different economic reality.  Stagnant wages and rising prices for basic goods and services over the last 40 years have left many unable to pay for the things their parents could afford if they worked hard and were smart about their money.

Millenials are not the first generation to consider holding down a second job or building a secondary source of income, but the Internet expanded the options for doing so at the same time that the need appears to have exploded.  At its core, the sharing economy is nothing more than some new ways of generating that second source of income, by helping others save money on what they would be spending otherwise.

So how do we go about doing this?

Ask yourself “What have I got that I don’t use all the time that I’m willing to share with strangers in exchange for money?”  If your need is more to save money rather than earn more, you might ask yourself “What would I rather rent from a peer rather than from a for-profit business?”

You might answer your car, your couch, your second bedroom or even your pet.  (Yes, there is an app for that – several, in fact.  I admit that I do not understand this.)

Need to make more money?  Rent out what you’re not using.  Need to save money?  Rather than buy something you’ll only use occasionally, rent (or even borrow) from a peer, rather than rent or buy from a mega corporation.

The benefits of renting are well-known.  Renting expands access to products or services.  (A favorite old saying is “If it flies or floats, rent it!”)  Participating in the sharing economy simply makes renting cheaper, and provides money directly to your peer on the other end of the transaction.  The sharing economy cuts out the middleman – mostly.

There is another benefit, too, to the sharing economy – the social aspect.  You will probably never ask your taxi driver over for dinner, but you might have a nice talk with your ride share driver and go for drinks. (After the drive is completed, of course.)  Hotel staff will always be happy to see you, or at least act like it. But your room share host might actually be very happy to see you again.

Traditional business models streamline consumers’ access to products or services, but arguably at a cost – we rarely do business anymore with people we know, like and trust.  So we turn to the sharing economy to save money, earn money, and make friends.  Nice.

How does sharing economy work?

While the sharing economy may not be new, how it works definitely is.  You (or your parents) might have rented a room from a friend in college, but you either had to know that person, or trust that the stranger you found on Craigslist was, well, trustworthy.

The driving factor behind the sharing economy trend is the Internet, or more precisely on line businesses that have popped up to play the role of middlemen in order to make collaborative transactions easier or safer.

Rental shares allow folks looking for temporary lodging to find regular folks who are willing to share a couch, a room or an entire house or apartment, but it also vets the renters to help potential hosts feel more comfortable allowing a stranger into their home.

When you take a taxi you know the taxi driver is licensed by the city in which he operates.  Ride-sharing apps not only vet their drivers, but also vet users so drivers who are not professionals know that they are picking someone up who can be trusted.

Peer-to-peer lending takes the concept a little further.  Folks have been bypassing banks and borrowing money from friends and families for centuries, but there has always been a risk associated with that – damaging the personal relationship between borrower and lender.  Peer-to-peer lenders vet the borrowers by running a credit report, and then provide three very valuable services.

First, they price the loan based on the credit risk, a negotiation that would be far too awkward with your favorite uncle.  Second, they sell off the loan to multiple lenders, which mitigates the risk for lenders. Finally, they chase down borrowers who are not making their payments on time – something that would make Thanksgiving dinner very uncomfortable if your uncle had to be calling you every other day asking for a payment.

Finally, in almost every case the peer-to-peer companies handle the financial transactions.  Most folks would be very reluctant to give their credit card information to a stranger they are getting a ride from.  Paying for a ride you’ve gotten from a ride-sharing app, on the other hand, using an established third-party vendor who pulls the money from your checking account to send it to the ride-sharing company, who then pays the driver, puts enough firewalls up that you can be confident you’re not handing over your bank account to a stranger.

In other words, without the Internet – and the businesses that have used the medium to replace the traditional middlemen with a more efficient model – a collaborative economy would not be possible.

How do you get in on it?

Are you feeling thrifty, or entrepreneurial?

If you’re simply looking for ways to save money on things you want to buy or rent, consider hunting down sharing economy businesses when you search for what you want.  For instance, rather than search for hotels in Paris, search for “Private Vacation Rentals” or “Rooms for rent by owner.”

The sharing economy is here to stay.

Whether folks want to pay off their student loans, save up to buy a house, or just want to take nicer vacations, participating on one side or the other of the sharing – ahem, collaborative – economy gets you there today. If your parents can’t understand why you’re doing it, explain to them how wages are down, prices are up, and the Internet has created a new version of an old economic model.